Tony Hart is one of the giants of British television whose memory will live long in the minds of children born in the 1970’s and 1980’s. He was the man that showed that art was something that you could all do, anywhere and with anything. The phrase “Oh look, it’s a collage”, when he had simply made something beautiful out of some bits of plastic or card, will stay with certain generations for years. One other part of his programme, on his most famous shows Hartbeat and Take Hart, was the creation of the character Morph. Morph was, and still is, a stop go Claymation orange human figure that lived in a pencil box on Tony’s desk. They got on famously together. 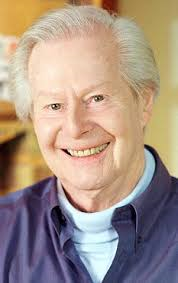 Hart was always interested in drawing from his childhood. He excelled in the subject of Art in school and was preparing to study it further when the outbreak of the Second World War occurred. His first inclination was to join the Royal Air Force after leaving school in 1943. His eyesight was not up to the role of pilot so he decided to join the British Indian Army as his father had done. He was an officer in the Gurkha Rifles until Indian Independence in 1947. With the war over Hart could return to his first love and he began a course in Art at Maidstone College of Art graduating in 1950. He suddenly found himself back in army life following the Korean War in the territorials but saw no action. 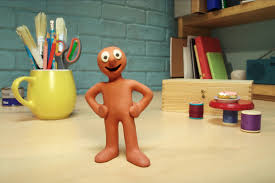 Two years later a chance meeting propelled Tony in to the world of Children’s television, not something that he had ever considered. Invited by his brother to a party he was reluctant to attend a BBC producer was enamoured with Hart and asked him to attend an interview for an artist job on a programme. Hart agreed and became the artist in residence on the Saturday Special programme. This led on to a career spanning 50 years seeing Tony work to the age of 76.

Morph was the one of the first creations of Aardman animation. The Claymation figure was made by  Peter Lord and Dave Sproxton the creators of the company. Morph was so successful, in part to Hart’s perfectly timed interactions with the character, that they were able to fund other animators including a young talent called Nick Park. Morph remained with Tony on his shows Hartbeat and Take Hart even getting his own series of shorts. In honour of Tony a picture of him is hung on a wall and incorporated into the series as a lasting reminder of the special relationship the two had.

Hart has influenced many people over the years and is one of the reasons why people create beautiful items like a Bronze Horse Sculpture and you can Follow this link to Gill Parker who create some incredible pieces using bronze as her material of choice.