While Britain is certainly a very big island it is rather limited for space. We can’t have the huge autobahns of Germany and the auto-routes of France without them becoming hugely intrusive. Whereas they can have 4 or even 6 lane highways our three carriageways usually have to suffice (sometimes where lucky to just have 3!) To combat this there has been the increased use of the smart motorway system. One of the issues with the motorway system is that it is overcrowded in some spots and when the phenomenon of the braking shockwave is added this creates a lot of time wasted waiting in annoying jams and queues.

These smart motorways help with traffic congestion and have helped companies such as Same day courier Slough business www.uk-tdl.com/same-day-courier-slough.html with preventing their drivers from sitting in traffic for long periods of time.

The smart motorway uses the active traffic management system. This is where certain motorway sections that are liable to jamming and congestion are controlled by the use of a variable speed system. In addition the hard shoulder is opened up to act as a fourth lane to spread the traffic out and allow the escape of vehicles off the motorway to their next destination  rather than sit in the queue getting frustrated. The fourth lane option is not always used and there is still the option to use speed control to keep the flow traffic constant even if it can drop to thirty miles per hour away from the maximum of 70. 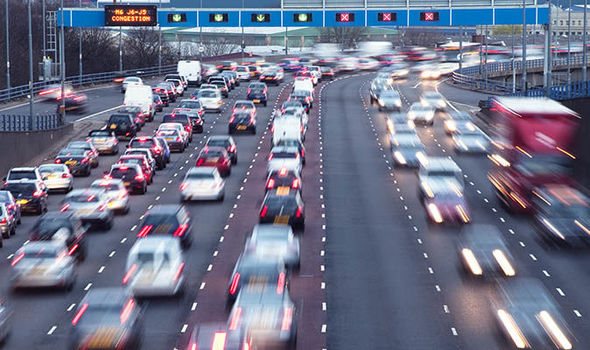 The first section of the UK’s motorway to benefit from the use of the system was the notoriously gridlocked M42 section around the south of Birmingham taking in the NEC, the popular airport and entrance to the M40 in 2006. The Motorway was regularly reduced to a standstill that many came to consider it little more than a glorified car park for England’s second city. The system reduced the speed by increments slowing traffic to 60 then 50 then 40 to the lowest speed of 30.

The scheme was an immediate success proving popular with motorists and getting the approval by the emergency services. Adherence to the speeds is non negotiable as the traffic has to maintain the speed set for it to work otherwise the traffic shockwave will occur making the situation worse. A speed camera is under each lane of the gantry and fines are sent out of miscreants.