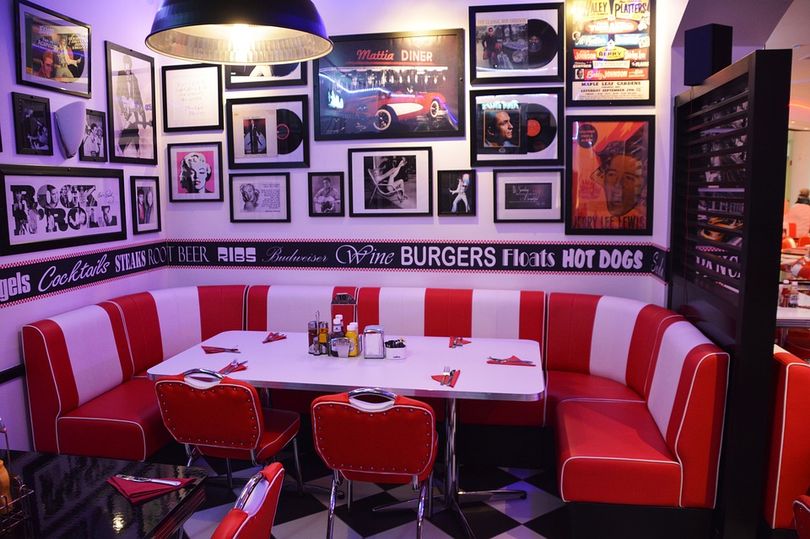 I’m cruising down route Sixty Six in a Cadillac convertible with the top down. The Sun is blazing and its lunchtime. It’s time to pull off the road and visit the Diner. Parking up the caddie we walk into a sea of chrome and Formica, the smell of a nice cup of Joe calling to our senses, burgers sizzling, a cherry pie baking in probably a Lincat LMR9 medium duty 6 burner gas range oven like the ones seen here https://www.247cateringsupplies.co.uk/catering-appliances/commercial-ovens-and-ranges/commercial-ranges/lincat-lmr9-medium-duty-6-burner-gas-range-oven These diners are always equipped with the latest gadgets and commercial equipment.

With Gene Vincent’s Be bop a lula playing on the radio it’s the perfect setting for everything that the USA is about.  So, as I slide into a booth and take a look out the window, it’s time to wonder where does the tradition of the American Diner come from?

Officially it was in 1872 that the first Diner was built. As with every other successful restaurant (it’s how Chinese, Italian and Indian/Bangladeshi restaurants established themselves), the Diner stayed open into the night long after more established eateries had closed. It was termed a “night lunch wagon” and there were plenty of customers who were either getting off a late shift from work or were enjoying themselves until the small hours and were hungry. The food and the drink were cheap, wholesome and filling. It was also made at the point of contact, fresh and hot. With free refills or bottomless coffee pot options the Diner was like a second home for many. Unofficially, It’s thought that the origins go back even further to the Chuck wagon dolling out chow to hungry cowboys on the range or after a cattle drive. You can’t get more USA than that. 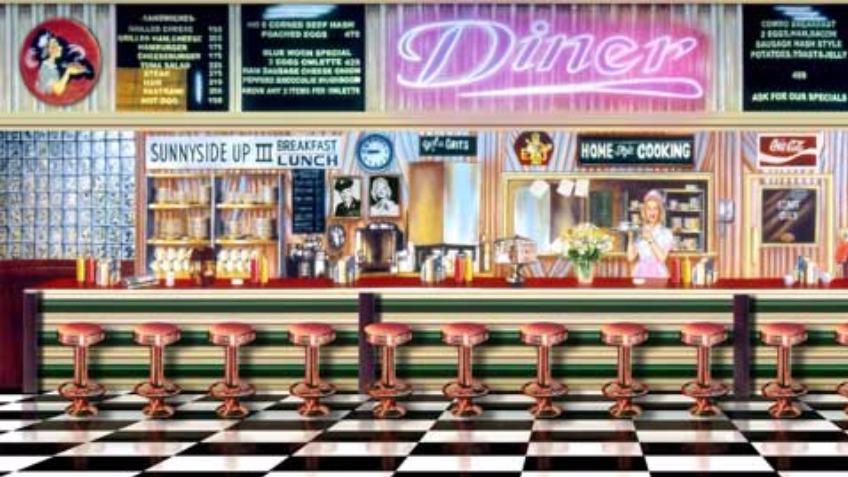 The construction of the diner is colourful and functional but there is a certain retro chic there too. The popular image is the lost 1950’s early 60’s decades of America where Rock and Roll is being born and swing music still has a bigger influence. This is the place that the Teenagers go for Shakes and Fries. The Diner was built by migrants. Italians skilled in tile work or the Canadian French wood carpenters and the sheet metal workers from Germany. America has always been a melting pot of cultures that have come from Europe. The Diner design features plenty of glass too, all the better to start looking out as the world passes by. This is made famous by the painting “Nighthawks” by Edward Hopper. The figures sit alone nursing their coffee and all pondering, or seeming to ponder, what their next move will be. They are reflective places and have been used heavily in TV and film. Luke’s Diner in the Gilmore Girls is the centre for much of the town’s activity as everyone generally eats there. The Double R in Twin Peaks is remembered for its “damn fine coffee” and Cherry Pie. In Heat it is the neutral zone where Al Pacino’s Cop can confront and discuss with Robert de Niro’s criminal their situation. It’s part of the American Dream.