Most houses have a particular set of creaks, groans, knocks and general noises which are peculiar to them – the sort of things you notice for a few days after moving in, and then get used to. However, if something in your home suddenly becomes noisy for no apparent reason it’s important to find out what is going on as soon as possible. 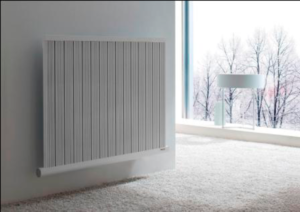 Let’s take radiators as an  example. All heating systems can be a bit noisy when they first start up or are closing down, especially when they are older but those creaking, ticking and similar sounds are nothing to worry about. The time to be concerned is when you start noticing radiator noise – as that means it is something new.

There are a few common culprits responsible for column radiators being noisy; the most popular include:

Air in the system

Hot water system radiators are vulnerable to this problem. The loud bangs and hammering noises are caused by air accidentally getting into the system when fresh water is added to keep the levels even. This creates air pockets which lead to the strange sounds, but it also takes up space inside which cannot be filled with hot water. Ultimately this means sections of the radiator will not heat up, making the system less efficient – https://www.nytimes.com/1981/03/01/nyregion/home-clinic-knocking-the-noise-out-of-radiators.html. 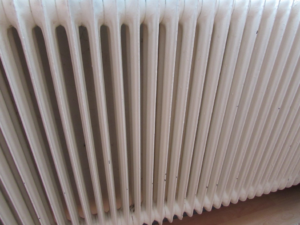 This is easy to fix in most cases by bleeding the column radiators to release the trapped air. Some systems come with a special key to open the valves, others need a screwdriver. Although they are less common, some systems run on just one loop, so if your radiators don’t all have vents you may need to get a heating professional to help.

This problem produces a knocking or tapping sound which can quickly become very irritating. It is often caused by a pipe becoming loose and vibrating against something solid, which is transmitted through the column radiator, or it could be a loose valve that’s to blame.

General sludge and waste do build up over time in a heating system, and radiators using ‘hard’ water with high limescale levels make it worse. The alerting noise is likened to the sound of dirt being trickled into a bucket. This problem needs a professional to come and clean out the system.